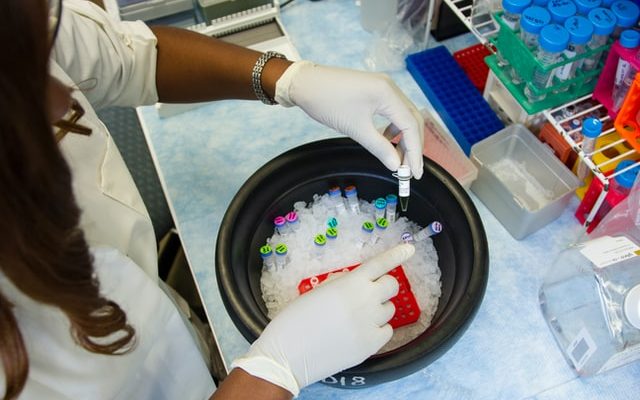 WHAT ARE PARP INHIBITORS?

All we have aware about cancer ..! but also we want to be aware of their drugs..! So..,

What do you know about PARP inhibitors?

PARP inhibitors are a type of cancer drug. PARP stands for poly adenosine diphosphate-ribose polymerase, a type of enzyme that helps repair DNA damage in cells.

PARP inhibitors work by preventing cancer cells from repairing, allowing them to die.

These drugs are a type of targeted therapy. They target cancer cells and mostly avoid affecting healthy cells.

Below, we explore the uses of PARP inhibitor targeted therapy. We also describe the side effects and other considerations.

Here you can go with :

Let’s hash it out.

WHAT are PARP inhibitors?

A PARP inhibitor is a type of prescription drug that helps treat certain types of cancer. It blocks the PARP enzymes in cells.

PARP enzymes help repair DNA damage. Blocking them can keep cancer cells from repairing, and this allows them to die.

There are four main PARP inhibitors

POLY (ADP-RIBOSE) POLYMERASE AND THE DEVELOPMENT OF PARP INHIBITORS

The discovery of the first PARP was made over 50 years ago when researchers in Paul Mandel’s laboratory observed the synthesis of a new polyadenylic acid after adding nicotinamide mononucleotide to rat liver extracts (Chambon et al, 1963). By 1980 it was known that this nuclear enzyme, PARP-1, was activated by DNA damage and played a pivotal role in the repair of DNA SSBs via the base-excision repair/single-strand break repair (BER/SSBR) pathway (Figure 2) (Benjamin and Gill, 1980). Seminal work by Sydney Shall’s group subsequently demonstrated that PARP-1 was not only involved in the repair of SSBs but inhibiting it could enhance the cytotoxic effects of methylating agents in leukemic mice cells (Durkacz et al, 1980), suggesting that PARP inhibitors could act as chemosensitizers. There are now 17 members of the PARP nuclear superfamily and it is PARP-1 and 2 that are involved in DNA repair (Rouleau et al, 2010).

The Food and Drug Administration (FDA) has approved PARP inhibitors for certain uses in cancer treatment.

can treat certain types of the ovarian, fallopian tube, primary peritoneal, and prostate cancer. Doctors may use it if other treatments, such as chemotherapy, have failed, or in the maintenance period that follows chemotherapy.

Niraparib has similar uses to rucaparib for ovarian cancer, fallopian tube cancer, and primary peritoneal cancer — but not prostate cancer.

Doctors may prescribe niraparib after at least three rounds of chemotherapy. And more recent studies support the use of this drug as a maintenance treatment after front-line chemotherapy.

Olaparib has the most extensive uses. It, too, can help treat ovarian cancer, fallopian tube cancer, or primary peritoneal cancer. This drug can also help treat BRCA-associated metastatic breast cancer.

Which is the most effective?

Each PARP inhibitor works in the same way. But doctors use these drugs for different purposes, and they can cause different side effects and interactions.

Side effects and risks

In general, all PARP inhibitors can cause the following side effects:

In rare cases, these treatments cause cancer to develop in the blood.

It is important to discuss the possible side effects and interactions of any PARP inhibitor with the doctor before starting the treatment.

They can describe how to manage any side effects, what to do if side effects are severe, and in which circumstances it is a good idea to stop the treatment.

A person might also ask about drug label warnings and any other risks involved.

In addition, the doctor can provide information about how well the drug has worked for people with similar cases of cancer. They might describe this as the “effectiveness of the treatment.”

It is crucial to let the doctor know about any other medications, remedies, or supplements, as some may interfere with the effectiveness and safety of PARP inhibitors.

Poly (ADP-ribose) polymerase inhibitors are an exciting new development in the treatment of cancer, with clinical trials of single agents showing significant benefits in patients with BRCAm ovarian cancer. The mechanism underlying this benefit is the HRD of BRCAm cancers. Historically, germline BRCA1/2 mutations were thought to be associated with approximately 10% of all ovarian cancers, but this is now known to be an underestimate. In addition, HRD is reported to be present in approximately 50% of all HGSOC cases. This suggests that the use of PARP inhibitors may have a much broader role in the treatment of ovarian cancer and the development of a validated HRD signature would facilitate this.

Finally, the recent licensing of olaparib in BRCAm ovarian cancer brings together over 50 years of research and is the first targeted treatment option for this patient population, taking another step further towards personalized medicine in ovarian cancer.

These inhibitors are targeted therapies — they target cancer cells and have less effect on healthy cells than traditional chemotherapy.

A doctor may prescribe a PARP inhibitor to treat ovarian, fallopian tube, primary peritoneal, breast, prostate, or pancreatic cancer. Four of these drugs are currently on the market, and more are in development.

View all posts by Bagya lakshmi →